3. Outlet unit ; the outlet unit is placed at the beginning of the conveyor, at the place where the trays are put on the conveyor. 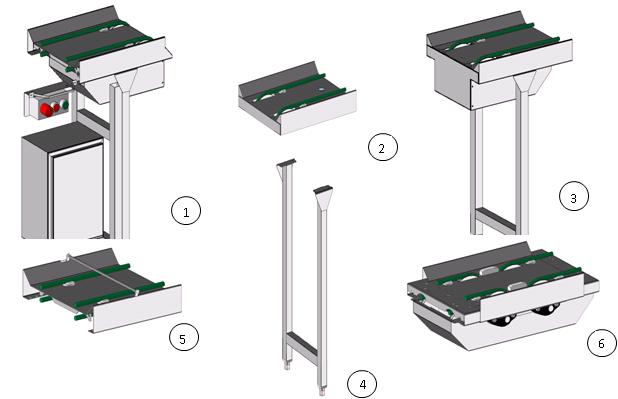